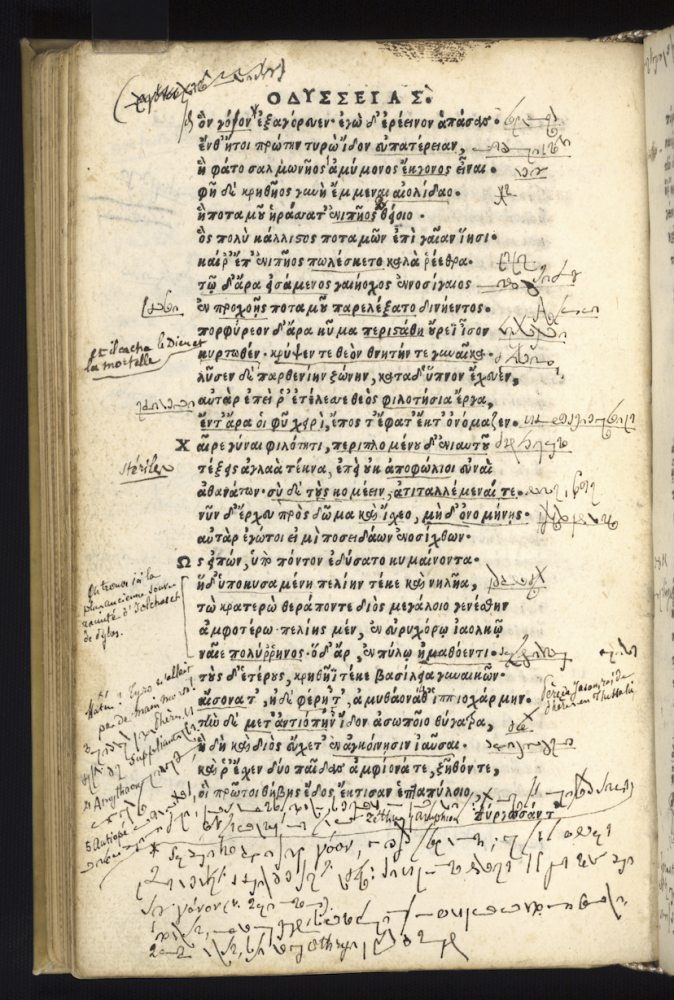 An Italian computer engineer has solved a 150-year-old literary mystery found in a rare edition of Homer’s Odyssey at the University of Chicago Library.

The case of the mystery marginalia began when the University received a donation of Homer’s works from collector M.C. Lang in 2007. The collection included a 1504 Venetian edition of the Odyssey containing handwritten annotations in an unknown script. The annotations were thought to date back to the mid-19th century, but nothing else was known about them.

In hopes of cracking the code, the Library’s Special Collections Research Center called on linguists, classicists and amateur sleuths, publicizing a $1,000 prize offered by Lang to the first person to identify the script, provide evidence to support the conclusion and execute a translation of selected portions of the marginalia. The contest generated an enormous online response and submissions from around the world.

The winner of the contest, Daniele Metilli, is currently enrolled in a digital humanities course and aiming for a career in libraries and archives. Working with Giula Accetta, a colleague who is proficient in..

WTF???!!! Lean punctuation in a world with too many exclamation marks
Keeping your translation memory clean, lean and mean | A few options